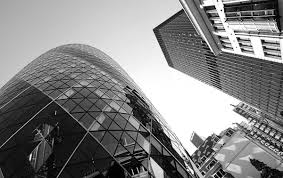 Pound falls 0.4% against the dollar, boosting overseas earners in the UK’s leading index.

The UK market has been steadily rising over the past few days, with investors shrugging off concerns about the customs union and the Irish border.

The FTSE 100 soared to a new record on Monday after news of a truce in the contentious trade dispute between the US and China cheered investors and helped send the pound lower against the dollar.

News that the world’s two largest economies had backed away from a potentially disastrous trade war and agreed to abandon plans to raise tariffs on each other’s exports lifted the UK’s leading index to a peak of 7868.12, the first time it has climbed above 7800.

This beats the previous high of 7792.56 set in the middle of January and is more than 14% above this year’s low of 6866 recorded towards the end of March when the UK expelled Russian diplomats after the Salisbury nerve agent attack.

US and China put trade war ‘on hold’

The index lost some of its gains as the day progressed but still ended at a new record close of 7859.17, up 80.38 points or 1.03% on the day.
Connor Campbell, financial analyst at Spreadex, said: “Investors seemingly haven’t been put off by the general lack of specifics surrounding what was actually agreed between the US and China, crucial details like the extent to which America’s deficit with its rival will be reduced and how this new trading ‘framework’ will be implemented.”

The UK market has been steadily rising over the past few days, with investors shrugging off concerns about the customs union and the Irish border. The previous record close came as recently as last Thursday, with the market helped by a weak pound and rising oil prices.
The trade truce gave another boost to the dollar, removing for the moment at least the fears of the damage the dispute could do to the US and global economy.

The pound fell 0.4% against the dollar to $1.3414, giving a lift to the large number of overseas earners in the FTSE 100 who benefit from a weaker sterling.

Brent crude rose 0.42% to $78.84 a barrel after climbing above $80 last week, pushing the share prices of oil and commodity companies higher.

Dave Madden, market analyst at CMC Markets said: “Supply concerns in light of President Trump’s decision to withdraw the US from the Iranian nuclear deal still persist. The relatively high price has encouraged others to keep production levels high.”

He said: “The FTSE 100 offers a dividend yield above 4%, according to an aggregate of consensus dividend forecasts for each individual constituent. This beats cash and the 1.49% yield offered by the benchmark 10-year government bond or gilt hands down. Such a yield could be a source of support for the index and chip in a healthy percentage of total returns from UK stocks in 2018.”

Pound falls 0.4% against the dollar, boosting overseas earners in the UK’s leading index. The UK market has been steadily rising over the past few days, with investors shrugging off … END_OF_DOCUMENT_TOKEN_TO_BE_REPLACED